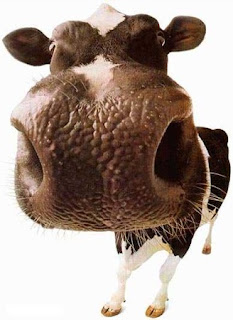 "Low cost carriers treat you like cattle!"
"They have no service!"

Somebody ought to inform JetBlue and Continental about how an LCC is supposed to act. JetBlue has already been quoted as offering a service level that is superior to some full-service carriers, but it seems that Continental is going to copy the competitor in their own backyard. Continental has announced that it will install live television and wireless Internet access on domestic flights beginning in January 2009 (click here). JetBlue must be smirking since Continental has entered into the agreement with LiveTV, which JetBlue purchased in 2002 (see here). I guess the LCC realized that installing live tv on its planes was going to eventually become standard and they might as well make some money on the side from the technology; if you can't patent it you might as well own it. Of course, Continental is already distinguishing itself from JetBlue. It has decided to charge economy passengers $6 for the privilege while JetBlue's service is complimentary.

On a side note, after perusing JetBlue's website the airline has now begun offering fully-refundable fares. These fares allow for free unlimited changes and full-refunds for the fare. In addition, if the passenger is a no-show then the fare is transfered into credit for a future purchase. Looks like JetBlue just added increased flexibility to their fare structure and made the carrier more appealing to the business community. A quick check of the fares shows a low fare ticket from OAK to JFK for $234 while a full-refundable fare for the same flight was listed as $549. Flexibility has its price.
Posted by airlinebusinessmodels

Low cost carriers treat you like cattle!" what do u mean ..it's utterly wrong