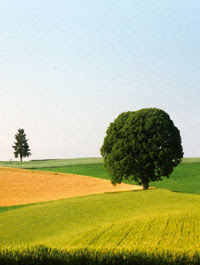 We might as well stay on the topic of sustainability and environmentally friendliness. It appears as if there is a small airline in Costa Rica, Nature Air, which advertises itself as a green airline. The airline pays an annual fee of $60,000 to farmers to entice them not to clear cut forests to graze cattle. The forested sites help offset the airline's annual CO2 emission of 5,000 tons. The airline has had success with the venture since it began in 2004...and the airline is profitable with a margin between 4% to 7% per year. The airline has a fleet of 17 Twin Otters and has 80 daily flights.

The airline does have a green past actually. A consultancy specializing in sustainable tourism in Central America was challenged due to a lack of transportation infrastructure when they decided to purchase Travel Air in Costa Rica to help build up the transportation sector. Now before some of you expect Southwest or Northwest to purchase forest lots to offset their fleets of 400+ aircraft one needs to understand the level of environmentalism in Costa Rica. The country actually makes more money from tourism than all its other commodity exports and employs nearly 50,000 people in its park structures. In 1997 Costa Rica pioneered sustainable tourism certification in Central America and the country is frequented by many eco-tourists. Now, of course the environmental footprint of a European travelling to Costa Rica to enjoy such pristine beauty is quite large, but a flight with Nature Air can help to alleviate one's conscious. British Airways and SAS both offer their customers the option of purchasing carbon offsets, which is a step in the right direction. However, easyJet has recently voiced concern over these schemes as transparency may become an issue. The aviation industry certainly needs to explore the possibilities to help mitigate their footprint, however as stressed before, many other sectors deserve a once-over as well.
Posted by airlinebusinessmodels